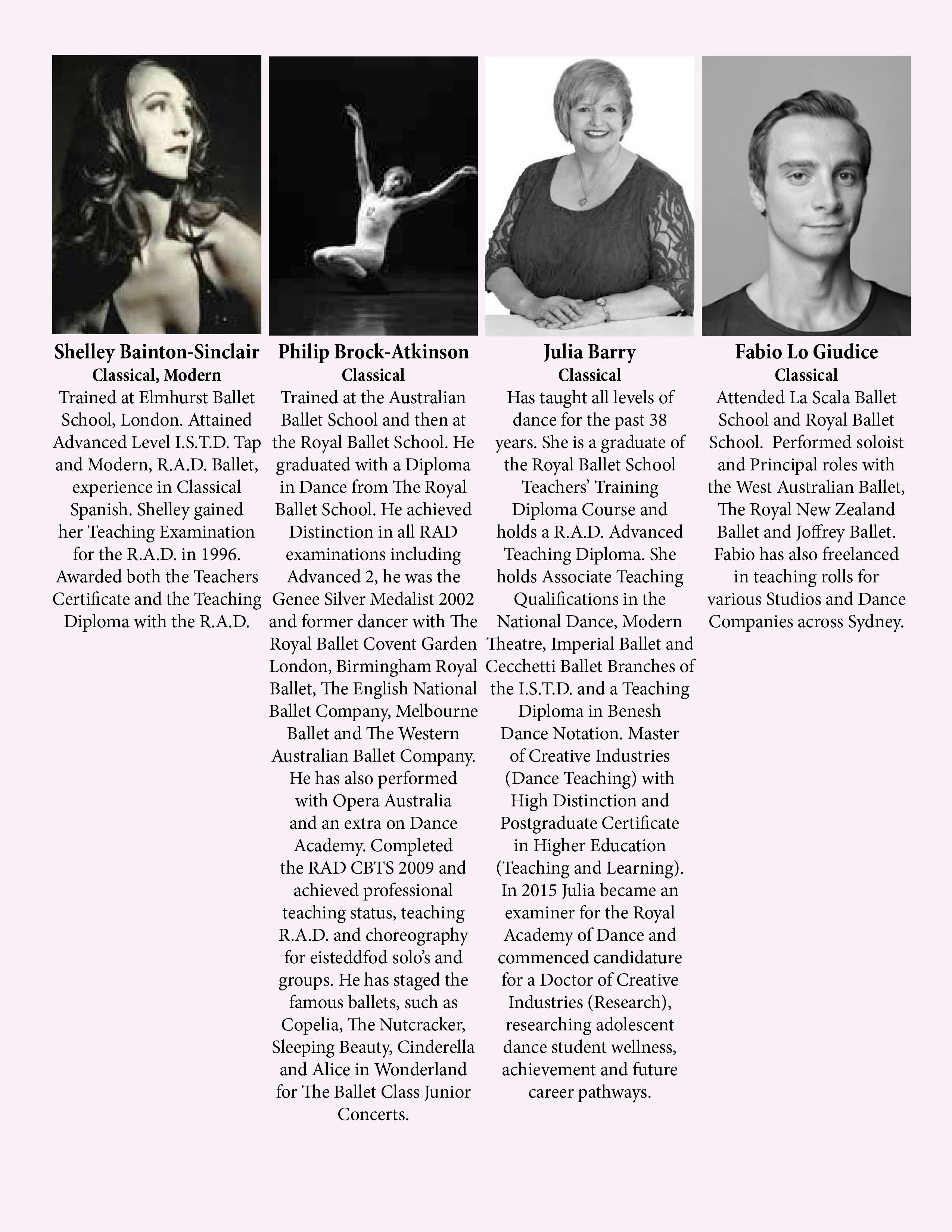 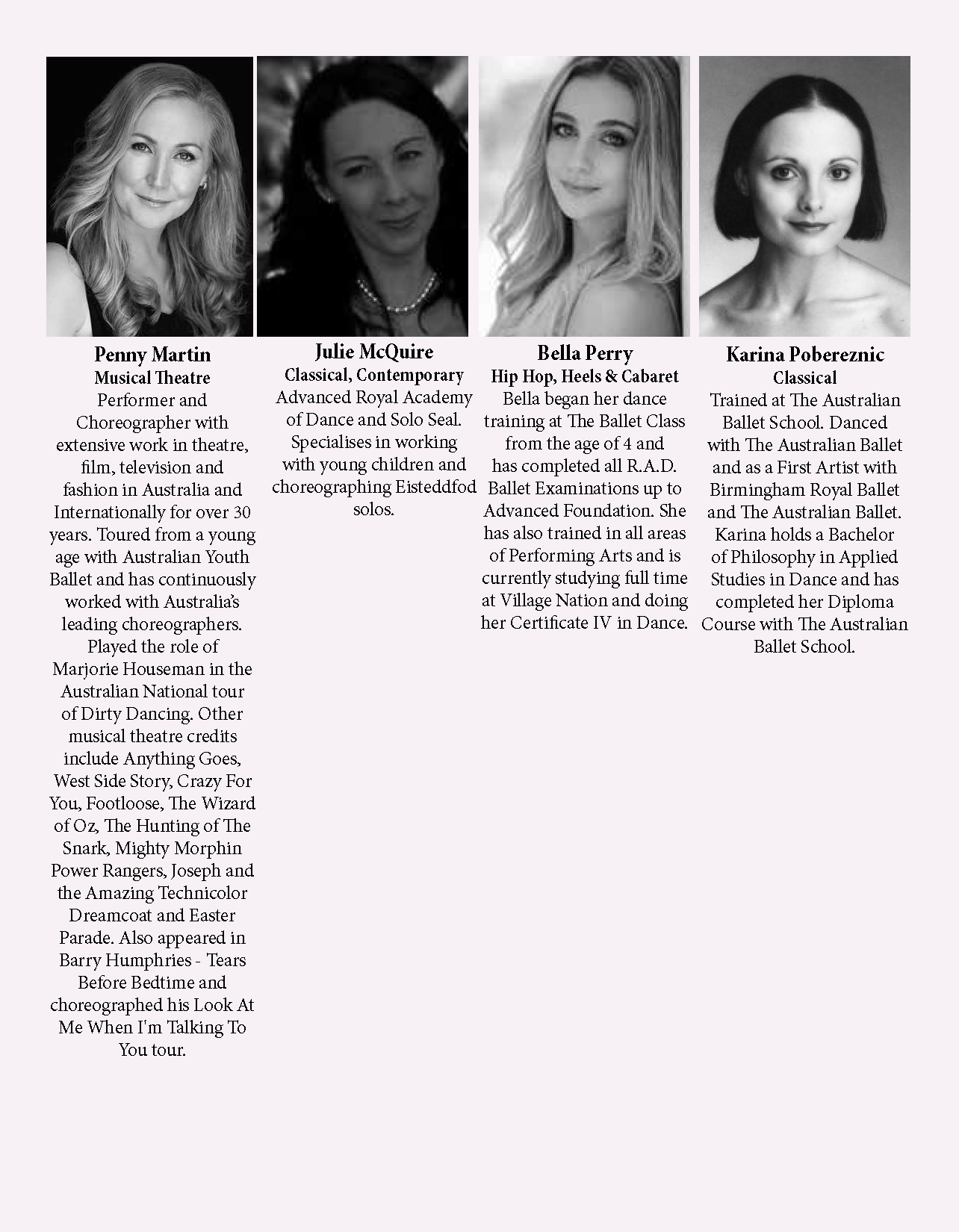 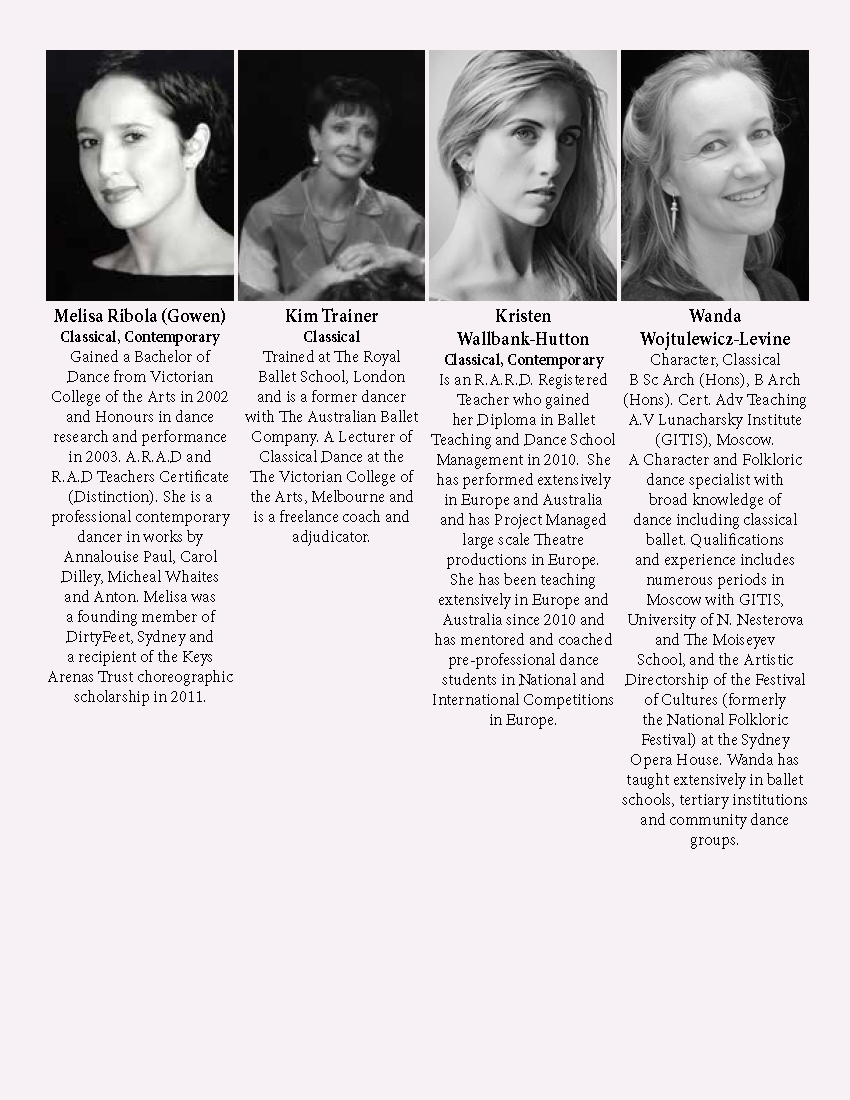 The Ballet Class, Rose Bay, an Eastern Suburbs area of Sydney was established in 1993 by Christine Atkinson. 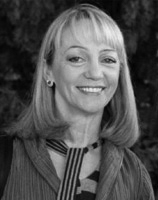 At the age of 10 she joined The Welsh National Ballet School, then run by the late Joyce Marriot (Espinosa School). At the age of 16 Christine became a full time student of The Rambert School of Ballet, Mercury Theatre, London under the guidance of Dame Marie Rambert.

On completing her training Christine went on to dance professionally and then to teach for The Welsh Arts Council and Ogwr Borough Council, was voted onto The Executive Committee of The Dance Council for Wales and The Royal Academy of Dancing’s South Wales Committee, U.K. Christine was privileged to be coached by Mrs. Peggy Olden A.R.A.D. and completed both the R.A.D. Teaching Diploma and Teaching Certificate with Distinction.

Christine is an Examiner, Registered Teacher, Freelance Faculty Tutor, CBTS Mentor and CPD Tutor for the Royal Academy of Dance and is Principal of and teaches regularly at The Ballet Class, Rose Bay, Sydney as well as privately tutoring in Australia and overseas.